Forums
CARS
General Car Discuss...
The exterior of the...

But its release has been postponed until next year. 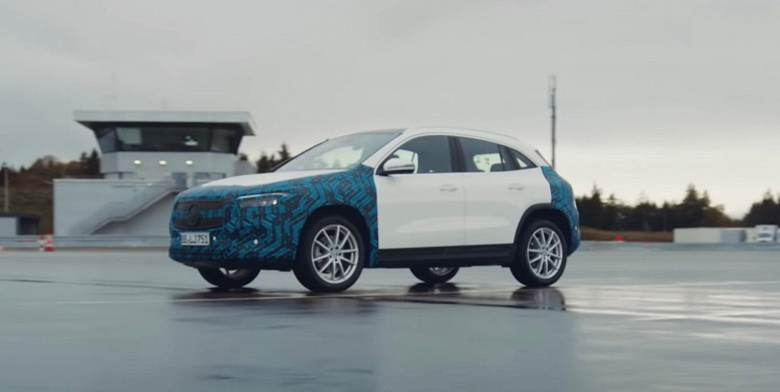 The EQA concept was unveiled at the 2017 Frankfurt Motor Show. Then it was a compact hatchback. The company promised to equip it with an impressive powertrain and a battery pack that provides 400 kilometers of "real range" on a single charge. The all-wheel drive electric car was supposed to accelerate to 100 km / h in about 5 seconds.

However, last year, the manufacturer changed its strategy for the EQA model, turning it into a crossover, which was due to go on sale in 2020. Over the past months, several prototypes have been shown corresponding to the changed concept, but they have been quite heavily disguised. In the new video, the car is seen better, which can not be said about the prototype of the EQS electric sedan, also shown in the video.

Initially, it was expected that the Mercedes-Benz EQA would be launched in the series at the end of 2020, but according to new information, the start of production and deliveries has been postponed to 2021.

The Mercedes-Benz EQA electric vehicles will be assembled at the Daimler plant in France. Pricing is still unknown, but it is expected to be the most affordable all-electric Mercedes-Benz to rival the Tesla Model Y and Model 3.