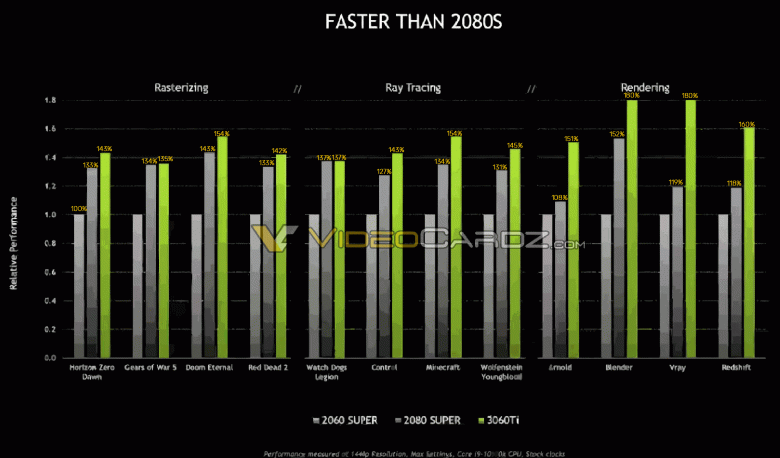 By the way, about the test conditions. It was run with a monitor resolution of 2560 x 1440 pixels, and the test system used an Intel Core i9-10900K processor. All frequencies are standard. As you can see, the GeForce RTX 3060 Ti is faster than the GeForce RTX 2080 Super in all tests, except for one - Watch Dogs Legion.

Fortran is suddenly back

Xiaomi has announced the release date of MIUI 12.5